History and how does Medical Surgical Assistants Society of Australia operate

The Australian Association of Medical Surgical Assistants (AAMSA) was officially formed on 5 November 1996 at a teleconference meeting between 13 Medical Surgical Assistants.  The catalyst for bringing AAMSA into being was a Federal Budget initiative which restricted, and in many cases, completely cut, Medicare rebates to patients for surgical assistance at operations.

In November 2017 AAMSA re-branded to the Medical Surgical assistants Society of Australia (MSASA) to distinguish itself from other medical associations.

MSASA is registered as an incorporated association under the NSW Associations Act.

and thereby maintain and protect the economic viability of quality medical surgical assistants in surgical practice.

Relationship with the RACS & RACGP

MSASA has never advocated a clinical role for itself and is an outspoken advocate of the College’s role as the most appropriate organisation to determine standards of clinical care in surgery.

Many MSASA members are active in the Colleges and are forthright in their praise for and criticisms of the various positions advocated by the Colleges’ leaderships.

Relationship with the AMA

MSASA seeks to work with the Australia Medical Association (AMA) where possible and appropriate.

MSASA is opposed to any organisation eroding its independence by collaborating with Government on matters which would adversely impact on the relationship between Medical Surgical Assistants and their patients.

MSASA does not request any Government funding and remains totally independent of third party funders.

Members are required to pay their annual membership fees within 14 days of receipt of the MSASA invoice.

MSASA meets via teleconference on a regular basis.

Any MSASA member can request an urgent meeting of the Executive on an issue of importance and this should be done through the National Co-ordinator who will petition the Executive for a Teleconference to discuss the issue unless it can be resolved by other methods beforehand.

The Executive of MSASA can decide to call an Extraordinary General Meeting of members with appropriate notice being sent to every individual member and such other procedural matters as are allowed for under the articles of association.

The President of MSASA is the Chairman of all meetings unless she is unavailable in which case the MSASA Executive will elect its own chairman for that meeting.

From time to time MSASA may be asked to attend meetings arranged by non-members to discuss or agree to proposals put forward by government, commercial organisations, insurance funds, interest groups, other medical bodies etc. When such invitations are received they will be discussed with the MSASA Executive and an agreed position on the relevant issue will be formulated prior to the meeting in question. The MSASA Executive is the only group authorised to nominate representatives at such meetings. It is understood that the President will be the representative of MSASA at non-members meetings unless the Executive decide otherwise.

The secretariat invoices and receives all monies on behalf of MSASA . Monies are banked into MSASA bank account and all payments must be approved by the Treasurer whose signature must appear on every cheque. No payments are made other than by cheque from the MSASA bank account.

All accounts information is kept by computer record and is supplied on request to any Office Bearer. A financial report is presented at every annual general meeting and all members are entitled to a copy of that report.

The Treasurer undertakes responsibility for the financial management of the Association and maintains the right to direct an internal or external audit of the accounts at any time, at the association’s expense.

Role of National Co-ordinator and Secretariat

The National Co-ordinator’s responsibility is to see that the day to day affairs of MSASA are attended to in such a way that will relieve Office Bearers and members of as much paperwork and administration as possible. The National Co-ordinator keeps members informed of any matter which is likely to impact on themselves or their patients.

The National Co-ordinator is paid at an agreed rate on a fee for service basis and is required to keep time sheets of all activities undertake in behalf of MSASA .

MSASA accounts for its expense on an activity basis where details of each individual activity undertaken have expenses applied to it. This enables Office Bearers to see where AAMSA funds are being expended and to ensure that priorities are being maintained.

The use of MSASA’s name

No person is entitled to pursue any activity in the name of MSASA without the written consent of the executive. This includes writing letters or making statements claiming to be representative of MSASA , its Executive, or its members which have not been the subject of consultation with the President or members of the Executive.

Where members may be asked and agree to participate in committees, particularly those involved in clinical decision making, they do so as individuals and not as representatives of MSASA and no documentation should bear the name of the association without the written consent of the MSASA Executive on behalf of the members.

Media releases and public statements are generally only made after appropriate consultation with those members who are best informed on the issues being confronted.

However, given the need for MSASA to respond urgently to a sudden development which has the potential to impact negatively on members, there may be occasions when quick decisions have to be made in order to respond effectively. The President is the ultimate decision maker in all such instances.

Notwithstanding all the above, this document does not proclaim to be all inclusive regarding the procedural and structural nature of MSASA . If there is any matter which is unclear or not stated in this document, members or prospective members, are asked to contact the National Co-ordinator to clarify the issue.

For any further information about MSASA please contact us 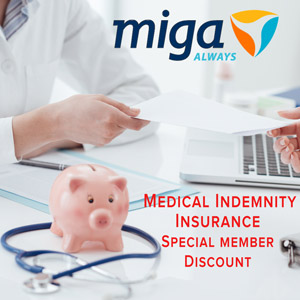 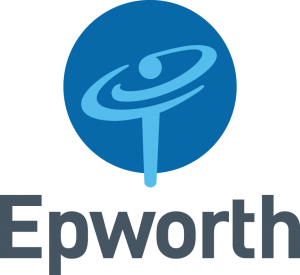